Killing Us Softly: Then and Now

National Women’s Hall of Fame inductee and internationally renowned media scholar and feminist activist Jean Kilbourne appeared at Smith College on September 19, 2019 for a celebration of the 40th anniversary of Killing Us Softly, her pioneering documentary film series about media representations of women.

The event, Killing Us Softly: Then and Now, paid tribute to the impact the film has had on millions of viewers in all fifty states and more than 56 countries around the globe.

The event featured a panel of feminist scholars and filmmakers who have been inspired by Jean Kilbourne’s work.

The later editions of Kilbourne’s film were produced by the nonprofit Media Education Foundation (MEF). MEF released Killing Us Softly 3 in 2000 and Killing Us Softly 4 in 2010 and has since distributed these titles to more than 11,000 colleges, universities, churches, prisons, nonprofits, and other educational institutions. “Jean Kilbourne’s work has introduced hundreds of thousands of college students to important discussions about media education and representations of women,” says Sut Jhally, MEF’s Executive Director and a professor of Communication at UMass. “Her films have also played a critical role in supporting the work of the Media Education Foundation and helping us advance our mission.”

The panel discussion was facilitated by renowned author and feminist cultural critic Susan J. Douglas, the Catherine Neafie Kellogg Professor of Communication Studies at The University of Michigan and the author of numerous books including Enlightened Sexism, The Mommy Myth, and Where the Girls Are.

The event was co-sponsored by the Media Education Foundation, the Program for the Study for Women and Gender at Smith College, and Safe Passage.

Watch the film Killing Us Softly: Then and Now 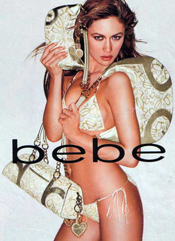 Jean Kilbourne’s pioneering work helped develop and popularize the study of gender representation in advertising. Her award-winning films Killing Us Softly (1979) and Still Killing Us Softly (1987) have influenced millions of college and high school students across two generations and on an international scale. In this important new film, Kilbourne reviews if and how the image of women in advertising has changed over the last 20 years. With wit and warmth, Kilbourne uses over 160 ads and commercials to critique advertising’s image of women. By fostering creative and productive dialogue, she invites viewers to look at familiar images in a new way, that moves and empowers them to take action. Distributed by the Media Education Foundation. Study guide and handouts for this video is available online from the Media Education Foundation. 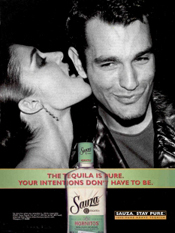 Against the backdrop of a popular culture that glamorizes and normalizes excessive drinking and high-risk behaviors, Spin the Bottle explores the role alcohol plays in college life. Award-winning media critics Jean Kilbourne and Jackson Katz examine the relationship between media, gender, and alcohol, while campus health professional speak about the impact of heavy drinking on the lives of students. Throughout the video, young adults give voice to the complexity of the issue, honestly acknowledging their own enjoyment while simultaneously exploring the negative consequences. The conclusion offers concrete strategies for countering the ubiquitous presence of alcohol propaganda and challenges young people to make conscious decisions about their own lives. Distributed by the Media Education Foundation. 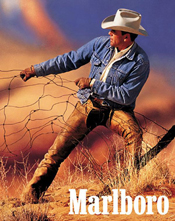 In Deadly Persuasion, Jean Kilbourne exposes the manipulative marketing strategies and tactics used by the tobacco and alcohol industries to keep Americans hooked on their dangerous products. Illustrating her analysis with hundreds of current advertising examples from mainstream and trade sources, Kilbourne presents a compelling argument that these cynical industries have a clear and deep understanding of the psychology of addiction — an understanding they exploit to create and feed a life-threatening dependency on their products. Deadly Persuasion casts a critical eye on the corporate interests that lie behind the industries whose products kill more than 450,000 Americans each year. Distributed by the Media Education Foundation.

Slim Hopes: Advertising and the Obsession with Thinness 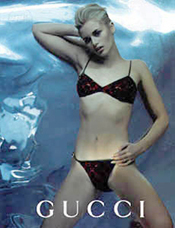 In this video, Jean Kilbourne offers an in-depth analysis of how female bodies are depicted in advertising imagery and the devastating effects of that imagery on women’s health. Addressing the relationship between these images and the obsession of girls and women with dieting and thinness, Slim Hopes offers a new way to think about life-threatening eating disorders such as anorexia and bulimia, and it provides a well-documented critical perspective on the social impact of advertising. Using over 150 magazine and television ads, this illustrated lecture is divided into seven sections for easy classroom viewing and discussion: Impossible Beauty, Waifs and Thinness, Constructed Bodies, Food and Sex, Food and Control, The Weight-Loss Industry, and Freeing Imaginations. Distributed by the Media Education Foundation. A study guide for this video is available online from the Media Education Foundation.

The Killing Screens: Media and the Culture of Violence 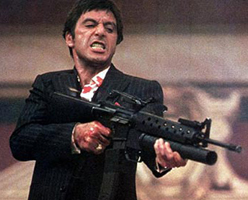 An illustrated discussion with George Gerbner and Jean Kilbourne. The video images in The Killing Screens represent the film and television carnage that has both attracted and repulsed students and others with increasing intensity over the years. The far-reaching effects of violence in the media reach the core of the individual’s sense of security and relationship to community in our modern culture. Young people’s notions about the world are shaped by these powerful images. One purpose of The Killing Screens is to empower students to be able to put this imagery and its effects in an analytical context. Designed for use in a broad range of educational settings, The Killing Screens includes scenes with Arnold Schwarzenegger, Bruce Willis, and others. It is paced and edited for viewing by students from high school through college, and also provides concrete information and advice for educators, parents, and individuals concerned with the cult of violence that engulfs our screens. Distributed by the Media Education Foundation.

Pack of Lies: The Advertising of Tobacco 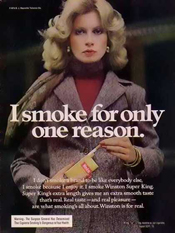 Cigarettes kill more people every year than alcohol, cocaine, heroin, car accidents, homicide, suicide and AIDS combined. In the U.S. alone, the tobacco industry needs to get 3,000 children to start smoking everyday simply to replace those who die or quit. It is thus no accident that elementary school students recognize Joe Camel© more readily than Mickey Mouse©. Pack of Lies exposes how pernicious and how deadly cigarette marketing is, and shows how the media cooperate with this industry that will kill one out of every ten people alive today worldwide. Featuring award-winning speaker Jean Kilbourne and advertising expert Rick Pollay, Pack of Lies challenges the biggest drug pushers around. Distributed by the Media Education Foundation.
To purchase or preview Spin the Bottle, Deadly Persuasion, Killing Us Softly 4, Slim Hopes, The Killing Screens or Pack of Lies, please contact:
Media Education Foundation
60 Masonic Street, Northampton, MA 01060 TEL: 800-897-0089/413-584-8500
FAX: 800-659-6882/413-586-8398.

Regarding the pricing policy of MEF videos, please read this document or call MEF directly.